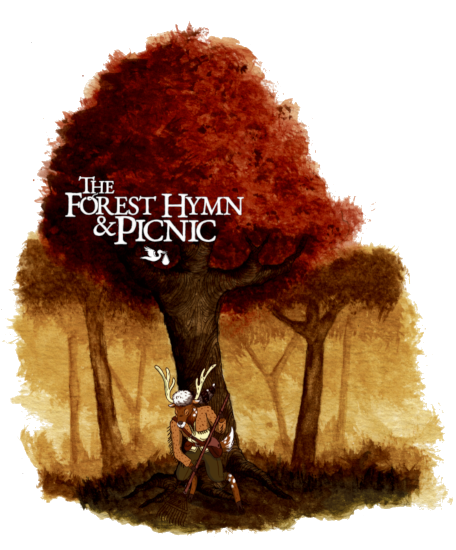 An Introduction To The Forest Hymn & Picnic

A Cursory Guidebook To The Forest Hymn & Picnic is a bit of a quickstart book to the upcoming game, The Forest Hymn & Picnic. Within its 52 digest sized pages, this guidebook includes a cursory overview of the setting and system, a bit of advice for game masters, and character creation. It includes an extracurricular minigame and an adventure as well! You'll find it has everything you and a coterie of friends need to play a level 0 adventure or two.

TFH&P uses a modified core mechanic from Shadow Of The Demon Lord. To resolve tasks you roll a single d20, add a modifier if needed, and add or subtract a number of d6 gifts and gags (called boons and banes inSotDL) to determine your success. Different from its cousin, however, TFH&P has a graduated range of outcomes: a 1 to 4 is a flop, a 5 - 9 is a fluke, a 10 - 15 is a favor, and 16+ is a fortune. Your gifts and gags come from the grades you have in your subjects, or skills. This core mechanic is called the Question & Answer roll and it covers virtually every challenge in the game, whether you're hiding from a Monster, brawling with some highway robbers, or using a magic trick to grow legs on the mayor's house.

The entirety of the world, from one edge of the map to the other, is covered in thick copses of trees, haunted ruins, crisscrossing creeks, and rarely traveled highways. When not giving pause to the occasional town, the forest is full to the brim with strangeness; a gang of Raccoons and Rats might leap from an alley with their pistols drawn to demand your purse, Ghosts bring up vegetable gardens on the grounds of their lonely estates, and travelers might be drawn to a night's rest by following the gentle smell of a pie cooling in a window. Brigands terrorize the road in broad daylight, a band of Dogs take up as funeral musicians, woodwitches trade lies over drinks and cards, and folks everywhere seem to constantly be readying the place for whatever the next celebration may be.

Adventurers have their choice of three types of Forest Dweller! There are the aloof and ever pragmatic People, who've been dropped into the laps of other dwellers by The Stork and are bit out of place. Animal Folk are the most commonly encountered dweller, and they are the walking and talking civilized relations of the more wild animals of the forest. Finally there are the Ghosts; becostumed spirits with a penchant for the supernatural and a curiosity for exploring the similarly strange Forest Hymn.

This is a game and a coupon!

Anyone who buys A Cursory Guidebook To The Forest Hymn & Picnic between the day it was released until the day the full, core rulebook is released will recieve a coupon for 5 dollars off the full PDF. But you must allow emails and notifications from Cone Of Negative Energy to get this coupon, so make sure you've got your account set to receive CONE emails. The Forest Hymn & Picnic is scheduled for full release sometime in Winter 2020. The cost of the full PDF will be $15 USD.

Special Note About This PDF

In order to download this game you must purchase it at or above the minimum price of $3.50 USD. You will get access to the following files: 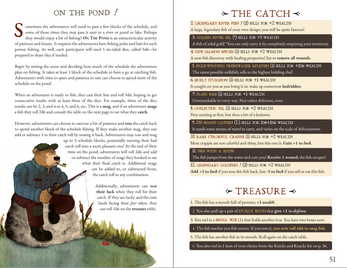 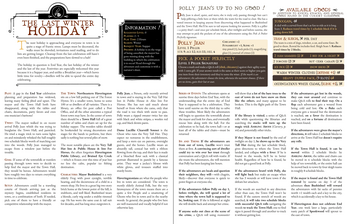 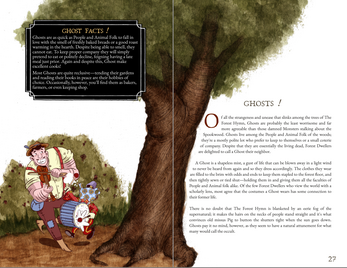 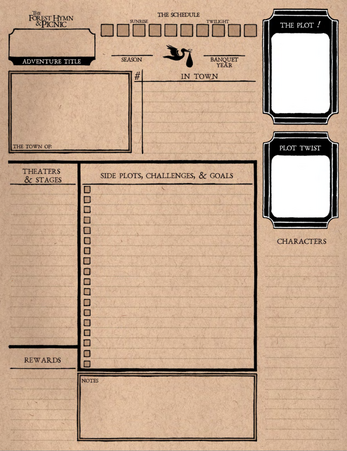 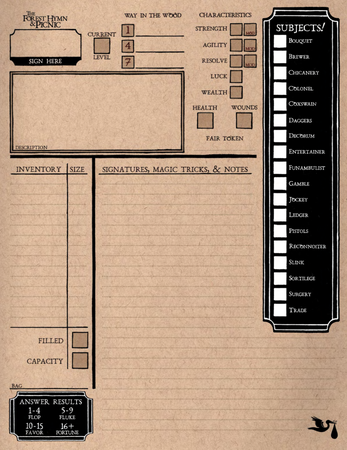 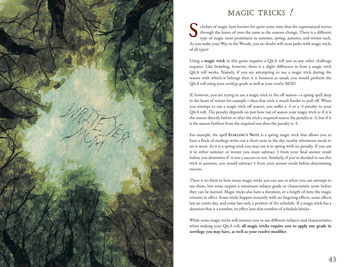